The COVID-19 pandemic heralded a mandatory quarantine in California. During quarantine, tensions between partners rose with many options to leave home. Around the world, domestic violence incidences spiked. Here are nine essential things to know about domestic violence.

1 in 4 women will experience some form of domestic violence in their lifetime. (*But this does not mean that men are not also victims of domestic violence.)The incident rate among the LGBTQ, immigrant, and marginalized communities is higher than the average.

2. Domestic violence incidences are expensive for the country.

The annual cost of domestic violence is estimated to be more than $37B nationwide. The cost includes anything from legal work, law enforcement, medical and mental treatment, and the loss companies encounter from reduced productivity.

3. Domestic abuse is just not physical.

5. What does the prosecution need to prove domestic violence in court?

Section 273.5 of the California PC stipulates the elements of domestic violence. The prosecution must show that:

6. Intent to use force vs. intent to injure

As a defendant, you may have intended to push your partner but did not cause them any physical injury. Regardless of your intentions, if the victim was hurt, the physical act was a substantial factor of the traumatic condition.

7. Who is an intimate partner?

According to Section 273.5, an intimate partner of the defendant could either be:

8. What are the penalties?

Most domestic violence incidences receive misdemeanor sentences. Violating section 243 e) 1) is a misdemeanor that carries a maximum sentence of one year in county jail and a maximum of $2,000 in criminal fines. For a felony domestic violence conviction, the sentencing is much more severe. A felony conviction includes a jail time sentence in state prison for up to 4 years and or $6,000 in criminal fines. Other consequences for a domestic violence conviction could include serving a probationary period of no less than one month, contributing to the battered women’s shelter, and mandatory attendance to a batterer’s treatment program for no less than a year.

9. A fresh new start with an expungement

A domestic violence conviction on public record makes it difficult for offenders who have already served their sentences to receive new opportunities. A Criminal Defense Hero, we believe that people who paid their debt to society deserve the ability to reenter society. Any of these five reasons should jumpstart your process for getting an expungement. The prejudice that a domestic violence conviction creates can be erased through petitioning for an expungement as long the conviction was only for misdemeanor charges. Typically, most domestic violence cases will receive misdemeanor sentences. Since felonies require a state prison sentence, any time served in a state prison renders the conviction ineligible for an expungement. The expungement process is complicated and often confusing to the petitioner; hence, we highly recommend potential petitioners to seek expert legal services from our firm. 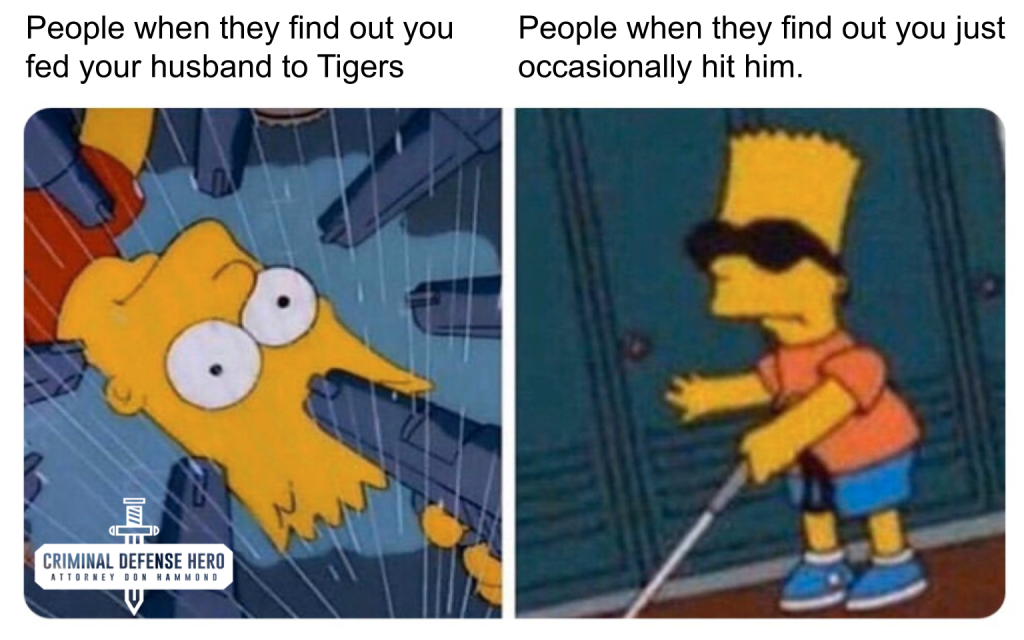