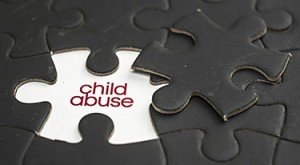 Lewd acts with a minor is one of California’s many penal codes which protect children. 288 PC spells out the elements of this offense as well as the criminal penalties if a defendant is convicted of this crime.

ELEMENTS OF THE CRIME OF LEWD ACTS WITH A MINOR

To obtain a conviction under 288 PC, the prosecution must successfully prove beyond a reasonable doubt that the defendant:

Willfully means on purpose or deliberately. This offense does not require any intent to break a law, gain any type of advantage, or harm a minor. Even if the perpetrator genuinely believes the act is lawful and/or harmless, that belief has no bearing on this offense.

For example, if an adult who has a foot fetish massages a child’s feet with the intention of becoming aroused, they may be found guilty of lewd acts with a child, even though the child is not distressed by the touching and is unaware of its significance.

Finally, intending to arouse is only concerned with intention, not effect. Neither the defendant nor the child actually has to become aroused to fulfill this element. But of the three elements, this is the most difficult to prove, especially if the touch was not overtly sexual in nature.

CRIMINAL PENALTIES FOR COMMITTING LEWD ACTS WITH A MINOR

Criminal penalties vary depending on the child’s age at the time of the offense.

If the child is under 14 years of age at the time of the crime, 288 PC is a felony punishable by any or all of:

If force, threats, violence, or duress were used against the child, the prison sentence increases to between five and ten years.

Additionally, if the defendant has any prior related conviction, they could be prosecuted under the state’s habitual sexual offender statute, and the prison sentence increased to 25 years to life. For victims under 14 years of age, lewd acts are considered a violent and serious felony and are a strike under California’s “three strikes” law.

If the child is 14 or 15 years of age at the time of the crime AND the defendant is at least 10 years older than the victim, the offense is a wobbler that will be prosecuted as either a misdemeanor or a felony depending on the facts, circumstances, and other details of the case, along with the defendant’s prior criminal record, if any.

Finally, if the child was 16 or 17 years of age, the case would be prosecuted as statutory rape (unlawful intercourse with a minor, 261.5 PC) or sexual battery (243.4 PC).  Statutory rape occurs when a person engages in sexual intercourse with a minor under 18 years of age, and sexual battery occurs when a person touches the intimate part of another person for the purpose of sexual arousal, gratification, or abuse.

No matter the age of the victim, a 288 PC conviction may also be punishable by any or all of the following sanctions:

Finally, every independent occurrence of lewd acts on a minor is a separate offense that can be charged and punished independently. In other words, if the defendant is accused of violating the minor three different times over a period of 10 months, they could be charged with three counts of the offense. In such a case, incarceration can be ordered to run concurrently or consecutively.

There are several other offenses which are frequently charged in conjunction with a 288 PC offense, including:

An allegation of lewd acts with a minor is a serious matter with potentially devastating penalties. Anyone so accused should seek the services of a qualified and capable criminal defense attorney immediately. Some of the possible legal defenses an attorney may pursue include: