In simple terms, rape is defined as committing sexual intercourse with someone who either did not, or cannot (for reasons of age, or mental or physical capacity) consent to the act. 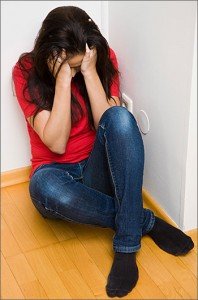 Even if you find it unimaginable to think of yourself as either a potential perpetrator or victim of rape, it is worthwhile to take some time to learn about this important law.

Rape is defined by California Penal Code section 261 as sexual intercourse accompanied by threat, force, or fear of bodily injury. Also, sexual intercourse against someone who is sleeping, unconscious, or has a mental illness by using threat or other false pretenses qualifies as rape.

Several situations can be classified as rape. Of primary importance is that the victim did not voluntarily consent to sexual intercourse.

Examples of rape include:

Elements of the crime of rape

In order to achieve a conviction for rape, the prosecutor must prove all of the following four elements:

Note: the prosecution is not required to prove that the victim resisted the defendant in order to secure a conviction of rape under 261 PC.

Criminal penalties for rape under 261 PC

In California, rape can be charged as a misdemeanor or felony, depending on the circumstances of the crime. Penalties for a conviction for rape include one or all of the following:

Anyone convicted of rape – either a misdemeanor or felony — is required to register for life as a sexual offender pursuant to the Sex Offender Registration Act (Megan’s Law), 290 PC. However, under some circumstances, a conviction for 261.5 PC may not require registration.

Additional sentencing enhancements may apply in cases where the defendant acted with someone else to commit the rape or used a weapon, for example.

Legal defenses against a charge of rape

A charge of rape is serious, and a conviction has ramifications which can follow the accused for life. Obtaining expert legal advice is extremely important. Only a qualified attorney can provide legal advice, including appropriate defense strategies. However, there are several common legal defenses to an allegation of rape:

Get Attorney Don Hammond's published book 290 Hero,
Now What? A Primer for the Accused today for free.